More than $1.2 million was raised for the Baruch College Fund (BCF) at the 2021 Bernard Baruch Virtual Gala on April 20, 2021. The online event drew over 170 attendees and was held in place of the annual Bernard Baruch Dinner, which has taken place for the past three decades. This is the fifth consecutive year that the event has raised more than $1 million for BCF.

Gala attendees were joined this year by a special guest: author and journalist Jenna Bush Hager, who introduced the event and interviewed both Baruch College President S. David Wu and Helen Mills, President of the Baruch College Fund.

This year’s recipient of the Bernard Baruch Award for Business and Civic Leadership was investment management firm Neuberger Berman, whose board members include businessman and philanthropist Larry Zicklin (’57). Baruch’s Zicklin School of Business was named in his honor in 1998, following a generous gift to elevate the College’s business school students and programs. He, too, received special recognition during the Gala. 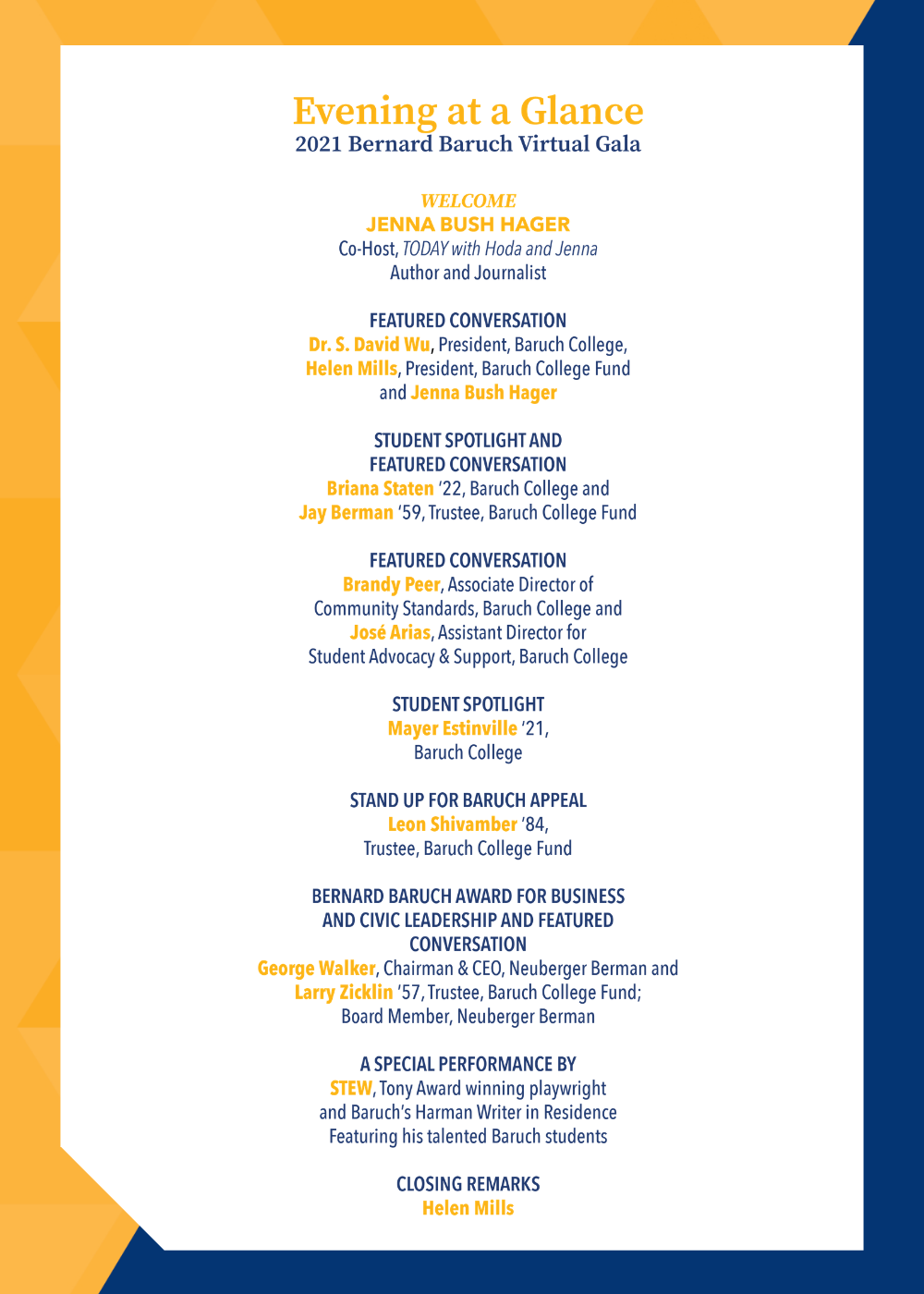