The Past, Present, and Future of Black and Latino Studies

This year we celebrate the 50th Anniversary of the Department of Black and Latino Studies. In the 1960s interracial coalitions of students, faculty, and staff all over the United States organized to establish academic spaces that recognize Black and Latinx people’s intellectual and cultural contributions to the world. 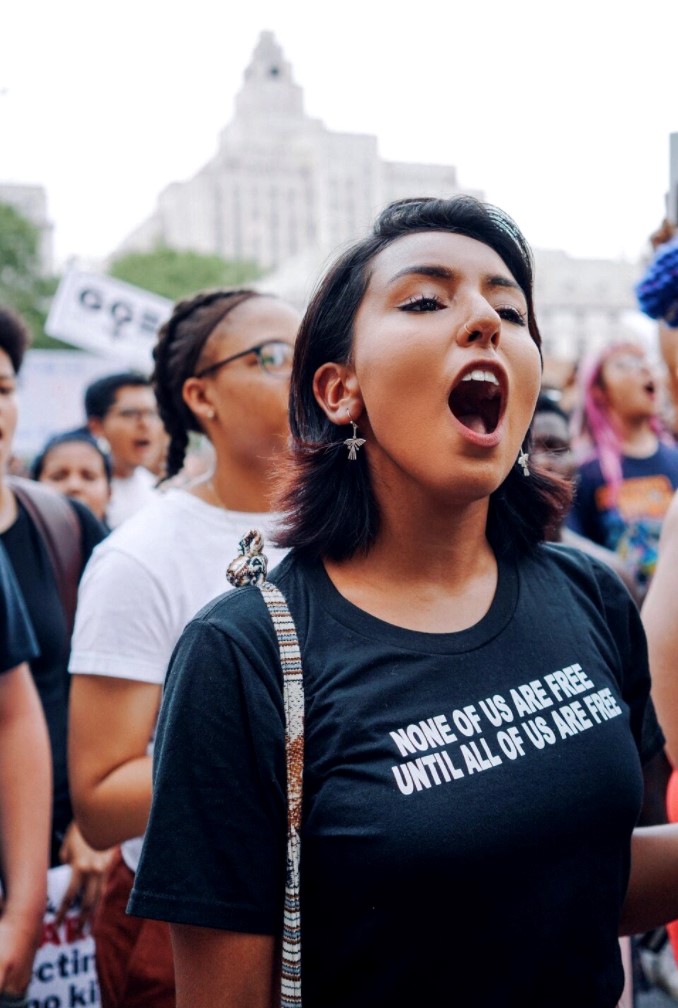 Andrea Alejandra Gonzales is a 20-year-old Mestiza Queer advocate and organizer for marginalized youth. Organizing at the intersection of racial justice, gender justice, educational justice, and abolition since the age of 15, Andrea has always been focused on empowering, educating, and liberating her community from oppressive systems by any means necessary.

Andrea is currently the Director of Operations with Youth Over Guns. She is also a community educator and has led workshops across the country about anti-capitalism, community and coalition organizing, and gun violence. She is a Junior within the CUNY BA program working towards a degree in Social Justice and Child Advocacy and was mostly recently featured as Teen Vogue’s 21 under 21 Class of 2020. Andrea is based on Lenape Land, also known as New York City. 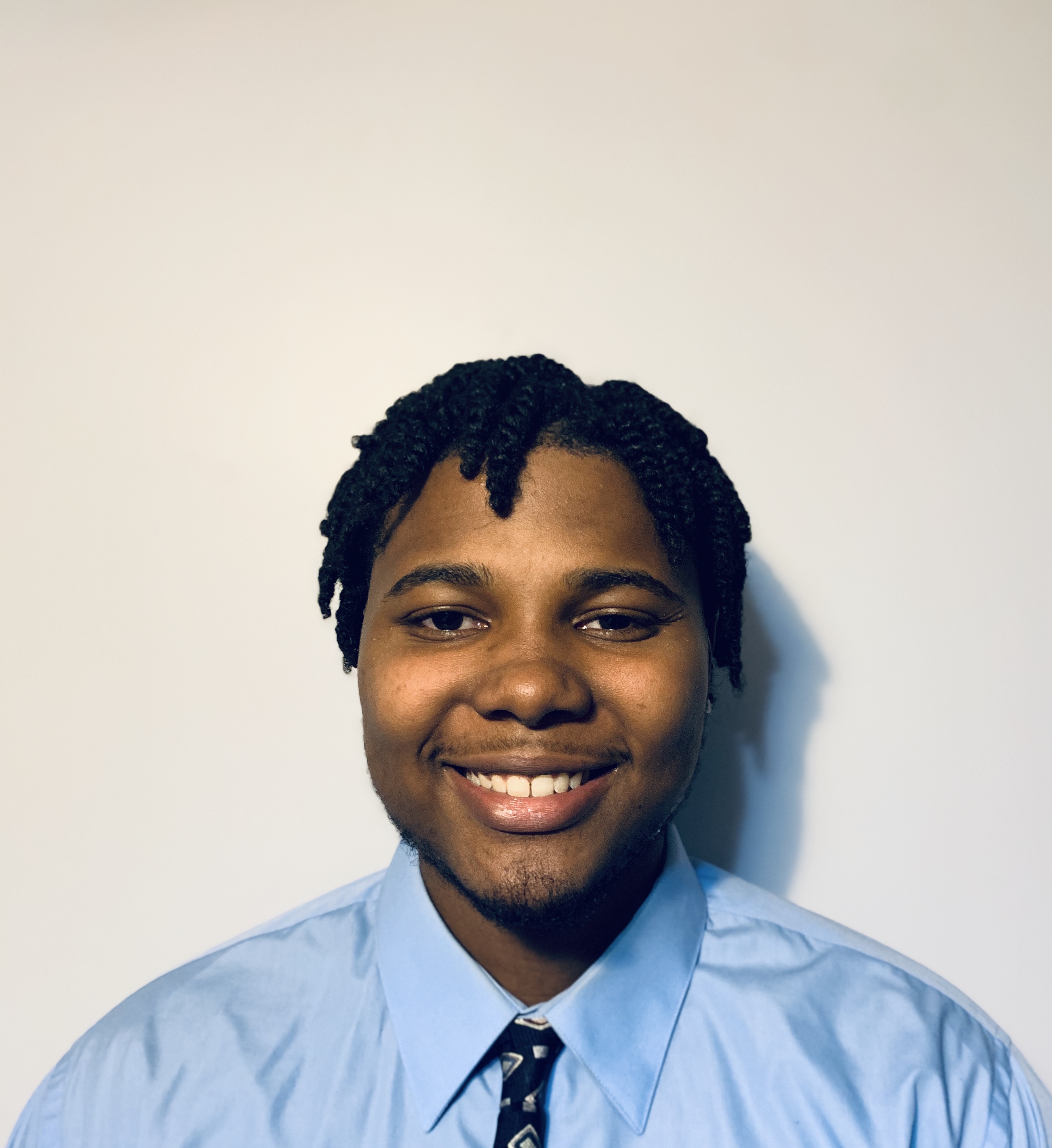 Malachi Davidson is an English major and Black & Latinx Studies minor at CUNY Baruch College, who loves music, writing and food for thought. Malachi is passionate about education and is actively seeking opportunities that would prepare him for the role of an impactful leader. He has worked on the grassroot level with a social justice organization in his community of Queens, where he worked closely with the neighborhood youth.
Malachi’s love for writing would be reignited through his coursework, leading to him exploring his creative writing abilities. He has worked alongside the Black and Latinx Studies department at Baruch, as well as the CUNY Peer Leaders with the CUNY Graduate Center to sharpen his writing and create a portfolio. Malachi’s love for education has led to him rethinking the ways that education functions in this country and has inspired him to pursue a higher education upon graduating in 2022. 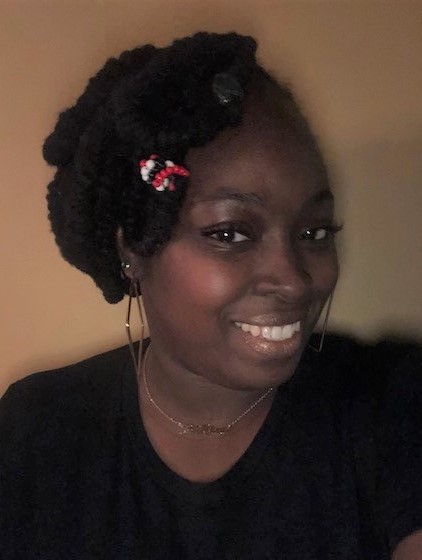 Makeda Peters is a Youth Developer by heart. She was first exposed to youth development as a LatchKey Kid in elementary school, attended Medgar Evers Beacon program in Middle School & then Upward Bound at John Jay College in HS. It wasn’t until finishing up her undergrad at Baruch College majoring in Public Affairs minoring in Communications & having extra time on her hands decided to double minor in Black Studies. It was during those classes she fell in love with the non profit world & wanted to work with children. It was during one of her Black Studies classes when the conversation of racism came up & classmates was saying that racism “no longer exists”, is when she decided that her life work would be to work with Black & Brown students.

Makeda is a recent graduate of CUNY School of Professional Studies Masters program in Youth Studies. With her years of experience in youth development & the ever so changing times she knows that being an advocate for Black & Brown children is more important than ever.

Rojo Robles, Ph.D. is a Puerto Rican professor, writer, playwright, and filmmaker. Robles graduated from the University of Puerto Rico, Rio Piedras with a B.A. in Theater and a M.A. in Comparative Literature. He holds an M. Phil and Ph.D. from the Latin American, Iberian and Latino Cultures Department at the Graduate Center, CUNY.  His research interest are located at the intersection between Latin American and Caribbean Literature and Film and Afro-Latinx Cultural Studies. He has published articles on Afro-Puerto Rican, Cuban and Latin American film in SX Salon| Small Axe Project, The Puerto Rico Review, Revista Cruce, Revista Iberoamericana andTransmodernity: Journal of Peripheral Cultural Production of the Luso-Hispanic World​ and has been a cultural critic at 80grados.net for more than a decade. He is the editor of Pedro Pietri’s posthumous chapbook Condom Poems 4 Sale One Size Fits All (Lost and Found: The CUNY Poetics Document Initiative, 2019). Along with teaching, researching, and academic writing, Dr. Robles has substantial work as a fiction writer, playwright, and filmmaker. Since 2004 he is the artistic director of the independent group, El kibutz del deseo, dedicated to producing plays, films, and publishing fiction and poetry. He is the author of Los desajustados/The Maladjusted (2015) and Escapistas (2017) and the writer, director, and producer of the experimental film The Sound of ILL Days (2017).

Dr. Robles is currently a lecturer at the Black and Latino Studies Department at Baruch College, CUNY and is at work on a book project about Nuyorican cinegraphic works and intermedial archives. 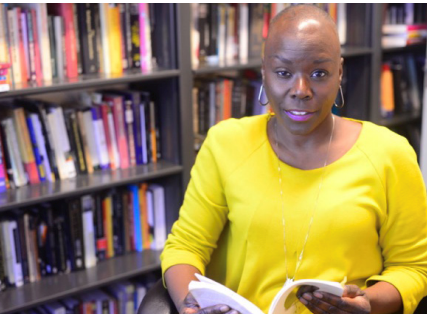 Shelly Eversley is Provost Faculty Fellow and Interim Chair of the Black and Latinx Studies department at Baruch College, City University of New York (CUNY), where she teaches literature, feminism, and Black studies. She is also Faculty Co-Director of the Andrew W. Mellon Foundation’s Transformative Learning in the Humanities initiative at CUNY.   She was most recently Academic Director of CUNY’s Faculty Fellowship Publication Program and is Founder of equalityarchive.com. She is the author of The “Real” Negro:  The Question of Authenticity in Twentieth Century African American Literature as well as several essays on literature, race, and culture.  Her editorial work includes The Sexual Body and The 1970s, both special issues of WSQ, a journal by the Feminist Press, as well as the forthcoming book Black Art, Politics, and Aesthetics in 1960s African American Literature and Culture  (Cambridge).  She is currently revising a new book titled The Practice of Blackness:  Cold War Surveillance, Censorship, and African American Literary Survival.  She earned her undergraduate degree at Columbia University, and her graduate degrees at The Johns Hopkins University.

The Past, Present, and Future of Black and Latino Studies