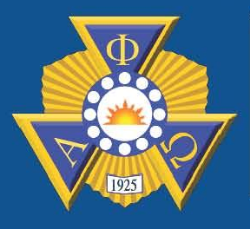 Alpha Phi Omega, Gamma Delta chapter was founded at Baruch in 1939, by Jerry Hayflich ’40 and Mike Apfel ’40, and was an active chapter on campus until 1966. Hundreds of brothers remain connected to this day through an annual reunion in October. In 2005 the brothers became the first to establish a scholarship, which is awarded annually. In 2008, they endowed the scholarship and have raised over $200,000 in support of Baruch students.