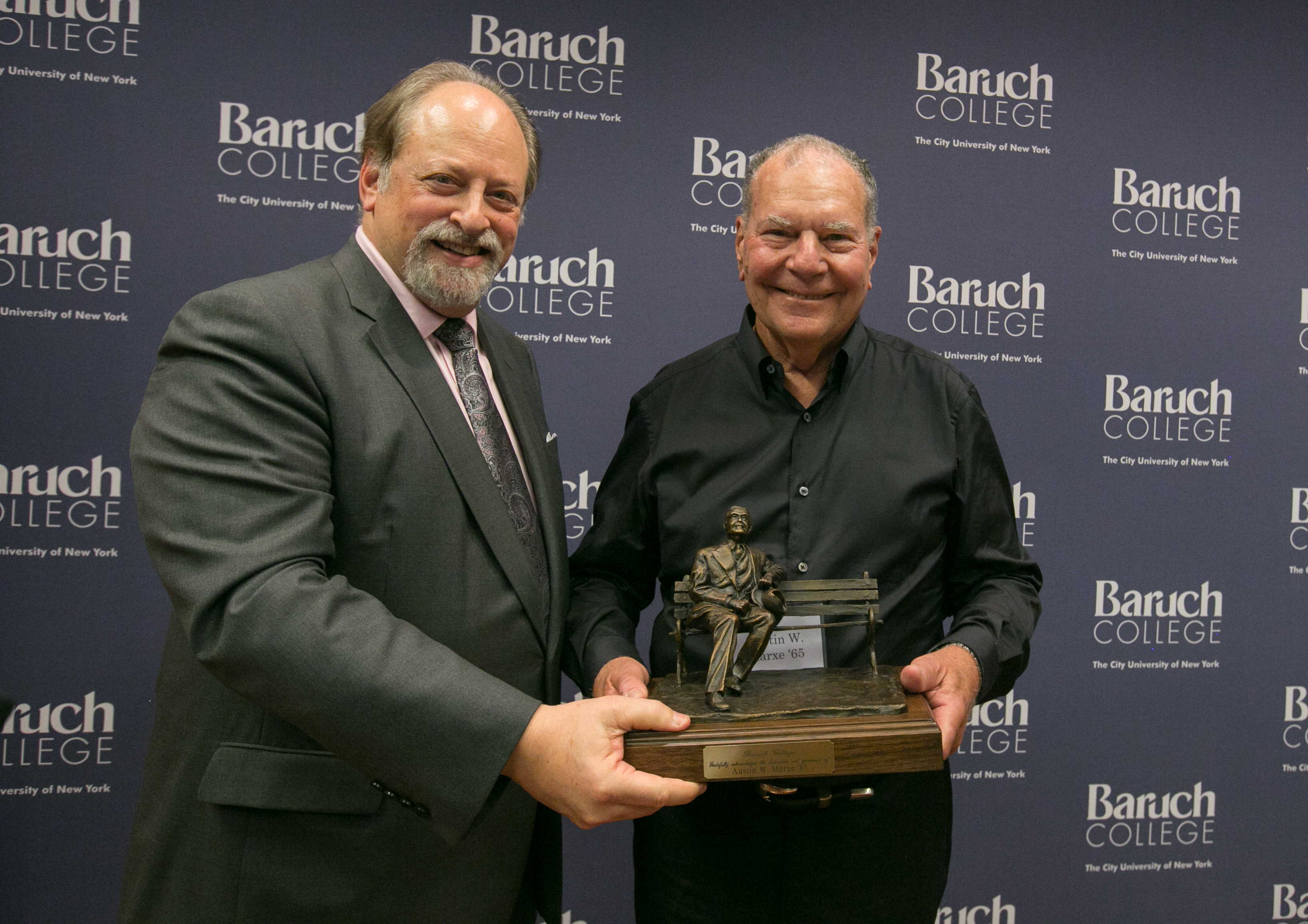 “This gift will allow students who come here—for years and years to come—to fulfill their dreams,” said Baruch President Mitchel B. Wallerstein, who awarded Marxe a Bernard Baruch maquette (a small model of the iconic full-size statue of Bernard Baruch sitting on a park bench). “I want to thank you and the entire Marxe family for sharing and believing in the vision we have for the school.”

Lawrence Zicklin (’57, HON ’99)—who named and endowed the Zicklin School of Business in 1997—presented Marxe with a Scroll of Honor recognizing his remarkable gift.

“Austin Marxe is a true visionary and public servant,” Zicklin said. “We thank you for inspiring generations of future policy leaders who can follow your remarkable lead.”

Concluding the event, Marxe addressed the crowd and emphasized the important mission of the school that now bears his name.

“In the last decade, we’ve seen a tremendous increase in violence, bigotry, hatred, and greed,” Marxe noted. “We’ve seen dysfunctional governments and partisanship take precedence over doing the right thing to people and for the country. It is my hope that as we graduate these students into the world of public policy, their influence will help reverse this trend for future generations to come.”